I thought it would be nice per nostalgia to show you how my 2010 New Year Blog Post began.

Happy New Year, I hope the holidays were happy for everyone.

I have a great blog for you, it begins with the information on my next release, in February for All Romance E-books 28 Days of Heart series to benefit the American Heart Campaign. 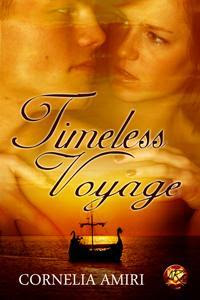 All Romance will release one title each day, for 28 days, during the month of February. They also will compile them into 5 anthologies and Charlain Harris is writing the foreword. All proceeds will benefit the American Heart Association. My 28 Days of Heart story is Timeless Voyage, it will be released 02/20/10, and here's the blurb.

BLURB: Off the mist-shrouded coast of Ireland, a pagan lady-pirate, Anwen, captures the enemy, a Roman, Titus Rufius Kaeso. The Celtic warrior woman presses her hard iron dagger against Kaeso's throat, but her arm does not obey the will to slay him. From time out of mind, memories of fated lovers, druids, and sacrifice, stay her hand. Kaeso is also captivated by dreams of the woman he loved in a previous life, the mirror image of Anwen. But in this lifetime they are foes, Roman and Celt. Can Anwen and Kaeso steer their timeless voyage to a happy destiny or will they be robbed of love once more?

QUOTE OF THE MONTH: "The ability of writers to imagine what is not the self, to familiarize the strange and mystify the familiar, is the test of their power." Toni Morrison 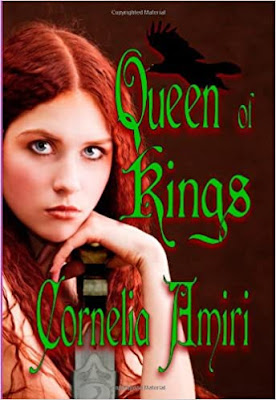 Macha Mong Raud by Cornelia Amiri Reviewed by Penny Ash at Night Owl Romance Reviews "I found Queen of Kings well written and very close to the original legend. If you like the ancient Celtic world you'll enjoy this book." http://www.nightowlreviews.com/nightowlromance/reviews/Review.aspx?daoid=5429

Both books have been reprinted by me, long hence, with new covers. 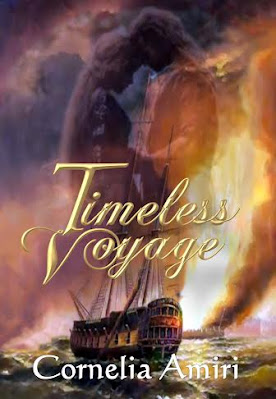 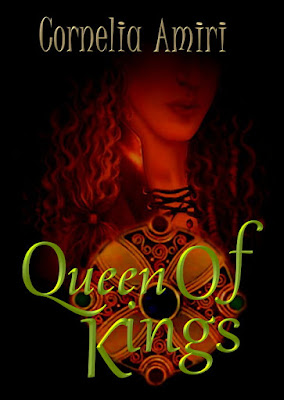 A lot more than my covers have changed since 2010. Neither of the original publishers are still open. The only publisher I had that is still operating is Lyrical Press which sold and is now part of the Big 5. But the books are still here and so am I. I now have full rights for them and all my books and now I have over 40 published books. And, I'm still going strong and writing more at age 64. There is progression every year, which makes every year a good year, a happy year. I hope 2022 is a progressive year for all of you as well. After 2020, and 2021, the whole world deserves a wonderful year.

Over the years the publishing industry and the Romance genre have changed so much. My first book came out in the New Year, January 2001 fromAwe Struck Ebooks.  The title then was - The Fox Prince. Here is the cover then, and here is the cover of its sequel—then titled—The Vixen Princess—when it first came out.

When I wrote my first romance in 2000, The Fox Prince, it was contracted the same year. It was accepted by the first publisher I sent it to. The romance genre has changed so much. At that time all the heroines had to start out in the book as virgins. And also, dark scenes were out. I remember going to a panel at the Romantic. Times Convention in Houston, TX in 2000, and there a prominent New York agent said, "Now when righting historicals, a lot of sad things happened with native Americans and other dark things but you don't want to include any of that in your books. It's just too depressing for the readers and they don't read romance for that." - That's pretty close to what he said though I can't vouch for every word as it was 21 years ago. But now there are so many romances that are dark and the virgins are pretty much gone except for the clean and wholesome romances.
Do you have any predictions for changes in the romance genre or the publishing industry in the coming year, 2022? Feel free to post them are anything else you want to comment on below. And here's wishing all my readers and fellow romance authors a Happy New Year from me, Cornelia Amiri

Posted by cornelia amiri at 3:30 PM