Dance of the Vampires - Free

The culture of the ancient Celts and the mist and magic of Wales, Scotland, and Ireland fascinates me. The paranormal beliefs in Celtic mythology inspire me. I’ve always seen seductive blood suckers such as vampires as more feminine than masculine, but in the old horror movies they are mainly men. Yet the Celtic fey vampiric creatures are all women, which makes more sense to me.

I am intrigued by folk takes of a type of Celtic vampiric fey, the Scottish baobhan sith (baa’-van shee), who wear green dresses and in some legends have goat hooves for feet. They are also called dancing vampires. The gorgeous temptresses appear before their human victims, usually young men coming from the local pub late at night. Clad in scanty, green silk dresses displaying their shapely, sensuous bodies they entice these stumbling men to dance with them. Burning with desire for the hot embrace of a seductress’s slender arms and the softness of a dancer’s supple thigh, the men enjoy dancing with the baobhan sith, at first. Once the men grow exhausted of the nonstop dancing, the baobhan sith strike. Without warning, their long nails transform into talons of death, to rip the flesh of their victims and drink of the crimson stream. They don’t have fangs, their nails extend like claws and they use them as a deadly weapon.

Some of the other ways Celtic vampires differ from their more traditional, fang growing counterparts is they don’t turn mortals and no one stakes them through the heart. With the baobhan sith it’s all about the cairn. When a stone in a cairn is overturn, the baobhan sith are able to pass through to our realm. To get rid of them just stack the stones back on the cairn and they cannot leave their fey realm underhill.

Of course I thought what a great character for an erotica paranormal romance and I wrote a the dancing vampire series. And the first in the series, Dance of the Vampires is now free.

I have a blurb and excerpt of Dance of the Vampires below and the book is free at Amazon, B & N, and iTunes.

Blurb:
One of Ian’s six brothers kick over the stones of an ancient cairn, unknowingly freeing Sorcha and her six sisters from underhill. The seven handsome Scots are enchanted by the voluptuous temptresses until they turn on the men. Ian captures Sorcha, giving his brothers a chance to escape. With the dark fey woman still in his grasp, Ian is saved by the rising sun.

Her sisters vanish with the light of dawn and Sorcha is trapped in the mortal realm. The seductress can’t resist Ian’s attentions as he stirs throbbing urges she’s never felt before. Ian is bewitched by the wild delights offered by this vampire siren. He can’t get enough of her. Still, her wicked sisters and his highland brothers want nothing more than to attack and kill each other. Will Sorcha and Ian’s sizzling passion prove strong enough to overcome the differences between the dark fey and humans?

Excerpt:
Ian wobbled out the door of the pub ahead of his six brothers. Focusing as hard as he could, pushing one foot in front of the other, he stumbled across a field in the moonlight. A clump of gorse and heather brushed against his jeans.
“Brother, be careful not to step on a thistle in the dark,” Lachlan yelled in slurred speech.

“I have my boots on,” Ian snapped.

“Are you sure, little brother?” Malcolm, the oldest, called out. “You usually run barefoot and cry like a girl when you get a thorn in your foot.”

“I was five years old the last time that happened.” Tired of the lot of them, he stomped ahead. “I’d go off by myself and leave all of you here, but someone has to lead you home.”

Well past midnight, silence engulfed the field until Calin burst out laughing and couldn’t stop.

“He’s hammered.” Errol nodded his head toward him. “He cannot help it.”

“Well, I do not know what’s so funny or why we had to leave right when I spotted the pretty women in the pub.”

Tavish kicked a stone with his foot as he tromped through the grass with his brothers.

“Because we are all drunk.” Lachlan’s body wavered, leaning forward then back. “That is why the lassies started looking so bonny to you. Those were the same ones you called old and ugly when they first came in, you bampot.”

“They were old, that was Liam’s mother and aunt.” Angus grabbed Tavish’s head and jostled it back and forth. He ducked out of Angus’ way.

“What is wrong with you?” Malcolm set his hand on his hip.

Ian pointed to the ancient mound of stones caked over with dirt and grass. “I almost stepped on a fairy mound.” His stomach knotted.

“Brother, are you afraid of a pile of old stones?” Calin threw his head back and rocked with laughter.

“It’s a cairn.” Ian’s heart still thudded from the near miss. “Any who disturb it will be cursed.”

“I dare you to knock it over.” Errol crossed his arms over his chest.

Ian stepped back, a horrified look on his handsome face. “I will not.”

“I will.” With long, sure strides, Tavish stepped toward the ancient gravesite.

“Do not do it.” Ian’s belly clenched even tighter, until he felt sharp jabs of pain.

Before the other six could stop him, Tavish drew back his foot and crashed it into the sacred cairn with a hard kick. A loud, sharp gasp from each of his brothers hung in the air. One lone stone rolled free of the mound.

“You’ve done it now.” Lachlan stepped back, attempting to separate himself from the sacrilege.

“Errol’s a turnip-headed bampot,” Calin shouted. “You too, Tavish.”

“I do not like it.” Ian shook his head. “It’s sacred. It’s cursed.” The knot in his stomach froze, growing as cold as ice.

“This is bad.” Angus shook his head.

Malcolm bobbed his head. “We should hurry home before something happens.”

“We are,” Errol snapped. “We’re in this field taking a shortcut, remember?”

“Come on.” Malcolm headed away from the disturbed monument. “Walk faster.” He took the lead as the others followed.

His brothers froze as their gazes turned to where he pointed his finger. Seven women, all in odd dresses of green tartan silk, stood beside the cairn. Their lush, scarlet lips curved into smiles as seductive as warm kisses.

Get Dance of the Vampires Free Now
Posted by cornelia amiri at 9:32 PM No comments:

I Love You More

My first literary contemporary novelette, I Love You More has just been released. 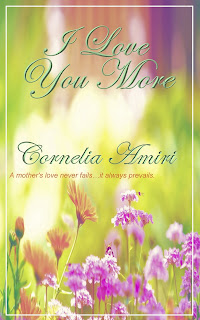 A mother's love never fails…it always prevails.
On the verge of turning sixty, Garland recalls memories and moments of her life’s journey from an abusive childhood to a bad marriage to the ups and downs of a single mom. She is rewarded with a magical mother’s day with her son, daughter in law, and granddaughter. Her moving story is sure to touch your heart.

I usually write romance and not only romance but historical, fantasy, steampunk and sci-fi romance. I did however add a bonus novelette, The Ghost Lights of Marfa to my I Love You More ebook on Amazon.

The Ghost Lights of Marfa is also a single mom story and it's contemporary, but it's contemporary fantasy. Though the genres are different, I thought the stories had similarities and compliment each other well, and they are both about the same word count. So together they make the book over 20,000 words. 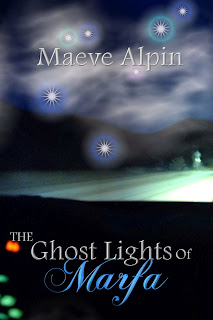 Adventures Of A Small Town Single Mom - Beamed To An Alternate Dimension.
Mysterious aliens set Kristy on a path of self-exploration and romance. Is the wonderful world of In everything it seems
to be? Or do the Inids have an ulterior motive for helping her and her son?

Here are some teasers for I Love You More: 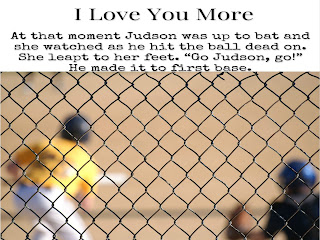 Posted by cornelia amiri at 9:31 PM No comments: