Druids In the Mist 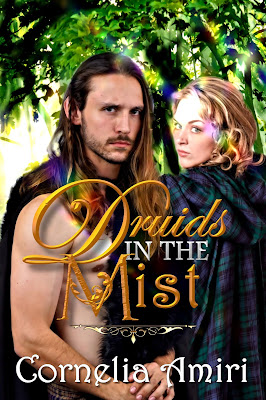 I recently republished Druids In the Mist. Of all the book's I've written, my personal favorite is Druids In the Mist. It includes the Druid Center at Anglesey and Queen Boudica, they and the historical events that occurred with them, had a deep effect on me.

You see, I loved writing from age six on but I didn’t have the confidence. The Celtic Warrior Queen Boudicca made me start writing professionally. I love history and in reading a book about the dark ages I came across Boudicca. I was so impressed by her, I started jotting down notes, but they were fiction, about how I envisioned it to have happened. Before I knew it, I had written a novel. I thought, gosh I can really do this. So after accidentally writing that novel, I wrote one on purpose, and that is how my professional writing career began.

Druids In the Mist is set in 1 A.D. in Britannia, and the druidess Sulwen has just witnessed the massacre of her people at the hands of the Romans. She feels the goddess Andraste wants her to seek out Queen Boudica and join her in battle against the Romans. Thus begins my book Druids In the Mist.

Sulwen embarks on this journey alone at first, picking up a few warriors from surrounding tribes along the way. Once she reaches Queen Boudica, she is reunited with her lover, the Arch Druid Rhys.

Here is the blurb:
As Queen Boudica leads her two druids against Rome… love leads them to their destiny.

Conquering Romans plunge the British tribes into chaos. The future of the mist covered isle and its brave people rest in the hands of two druids, whose views are as different as fire and ice.

Arch Druid Rhys is a master of the sacred mysteries but a novice in the ways of the heart. Sulwen, a survivor of the Roman massacre on the Druid Learning Center, discovers Rhys, the shape shifter, has evoked a basic, feral desire in her. But soon, the goddess may exact the unfathomable price of taking him from her. Though their love is as potent as their magic, is it strong enough to survive the turmoil of the Romans, the Rebel Queen Boudica, and the gods? 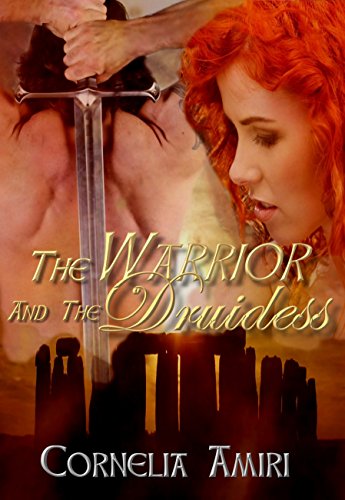 Also, Druids in the Mist has a sequel—The Warrior and the Druidess.

Here is the Blurb:

Though Tanwen's gorgeous, she makes Brude’s blood boil and he can't stop thinking of her, Brude won't wed a druidess. Yet the fate of Caledonia rests in their hands of the warrior and the druidess. Will they put their differences aside to fulfill their destiny?

And as I set my book Druids In the Mist  against the back drop of the destruction of the Druid Learning Center on Anglesey (Ynys Mon) by Governor Suetonius and the Boudica revolt in 61 AD, I wanted to tell the rest of the story. This inspired me to write The Warrior and the Druidess against the backdrop of Governor Agricola, who lead the second destruction of the Druid Learning Center and then brought his troops into Scotland to fight the Caledonii in a huge battle on Mons Graupius in 84 AD. Though the Pictish tribes lost that battle they were never actually conquered by Rome. Later, Emperor Harridan put up his famous wall to keep Roman Britannia safe from them and in the fifth century the Picts climbed over the wall and launched raids on Britannia, which shows that though it took many years, they conquered the Romans. This is an incredible era in Scottish history that I wanted to share.