Everyone is wrapping packages and mailing them to relatives and friends, especially this Christmas when Covid makes it hard or unsafe to be with our families. And the post office has some problems now so everyone is trying to get the packages off early.

But as crazy as all of this it, things regarding the post office have been crazier in the past. It’s hard to believe but in 1913, a little over 100 years ago, when the parcel post service began in the US, people mailed babies. At least two children were mailed with stamps stuck on their clothes. I swear I’m not making this up. There’re actually pictures of mail carriers with children they delivered. 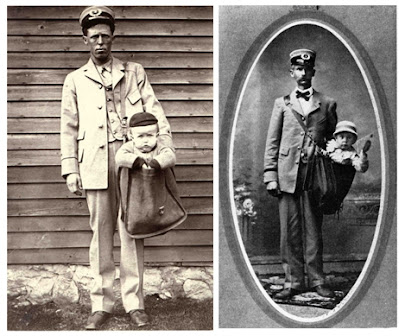 This inspires all sorts of ideas for books, especailly steampunk stories or those set in the early 1900s. A child could be sent by mail by the mother to the baby’s father, who didn’t know about the baby. A child could mail themselves to the North Pole so they could see Santa and get all the toys. A runaway child could even stamp themselves to go out west for adventure. A child could get delivered to the wrong address.

Western mail order brides could actually be sent by mail with stamps on their dresses or foreheads.  A mail order bride could be delivered to the wrong man. Instead of a train to deliver mail you can use an airship or a mail balloon to send stamped people about. And you certainly don’t have to keep this practice in the Edwardian era, you can move it to the Victorian era wild west.

A mailed woman or child could end up riding pillion with a pony express rider through Indian country. They could even ride on a stagecoach that carries mail.  If the train, stage or airship is held up by outlaws and a mailed person is taken as a hostage is that tampering with US mail? Would the Calvary be brought in to recover the stolen person or rather package? The ideas are endless.

Wood Guthrie wrote a cute song about this practice of mailing children.

This practice of mailing children is definitely one of those what were they thinking scenarios. In this case, what they were thinking was how to do something cheaper. How to get out of the cost of an expensive train ticket. The how to do something cheaper thought process often causes people to do strange things. As a writer, you can always use that idea for one of your characters and as a reader, it's a fun premise to read. ; It might be a challenge to come up with something crazier than mailing children but if you can think of it chances are someone has actually done it. For many people cheaper and easier seems to outweigh unresponsible and dangerous and leads people to make some pretty foolish mistakes. Also characters who always try to do things on the cheap can be fun for readers to read and for writers to create.

And if you like to read Steampunk or Victorian comedy romance, here are two of mine that fit the bill. 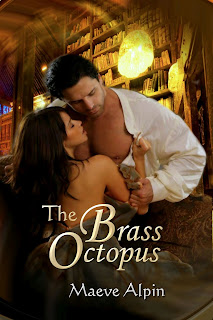 Spinster Librarian Piety Plunkett is happy alone with her books, until …
Piety's sister transforms her with a bras octopus beautifying machine. With her new look, the librarian catches the lusty attentions of London’s most notorious rogue. Blake Blackmore enjoys the favors of beautiful women from the brothels of London to high society’s most fashionable debutantes but only the spinster librarian consumes his mind night and day. Piety insists she will not wed but devote her life to her position as head librarian, but Blake will stop at nothing to win her. He takes matters into his own hands and tutors her in carnal pleasure in three passion filled lessons. Now that she is sharing her body, instead of just her books, Piety is shocked yet pleased at how naughty she can be under Blake’s personal tutelage. But if anyone finds out about what goes on in the library after closing time, her reputation would be ruined. Is that Blake’ ultimate plan? 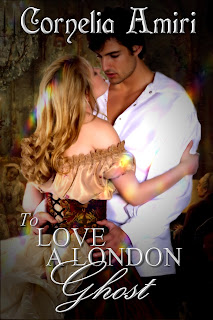 To Love A London Ghost

A Wild Ghost ChaseQueen Victoria orders the premiere phantom hunter, Sexton Dukenfield, to track down England’s missing ghosts. On the job, Sexton stumbles into Ceridwen, a phantom Celtic warrior woman. Not only does Sexton find her intriguing as a clue to the missing spirits, her sultry beauty haunts him as well. Though they both burn with desire, it’s difficult to quench their fiery passion since Ceridwen is so translucent.On a mission through the bustling narrow streets of London, to a dreary match factory, and to the Otherworld and back to stop a genius scientist and his phantasm debilitater machine, the ghost and the ghost hunter also seek the secret …to freeing the boundaries of life and death. Is it possible…or just a wild ghost chase?