My newest release is a short memoir. 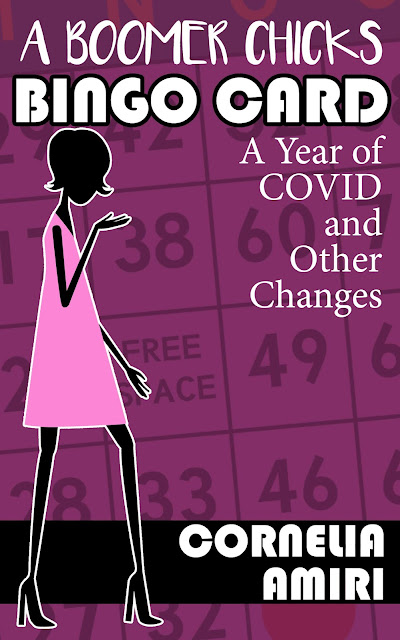 Romance Author, Cornelia Amiri, chronicles her comedy-drama experiences of the pandemic, hip replacement surgery, and moving into a 55+ community.
All of which turned March 2020 to March 2021 into a period of chaos, uncertainty, and … laughter—that she covers in chapters such as:
Can Cornelia avoid covid-19 with highly sociable neighbors, who refuse to take any precautions? Will she overcome the crazy obstacles in her path and finally get her hip replacement surgeries? And, moreover, what does her cat think of
all of this?
HERE ARE TWO ESSAYS FROM THE BOOK:
THE GREAT TOILET PAPER FIRE 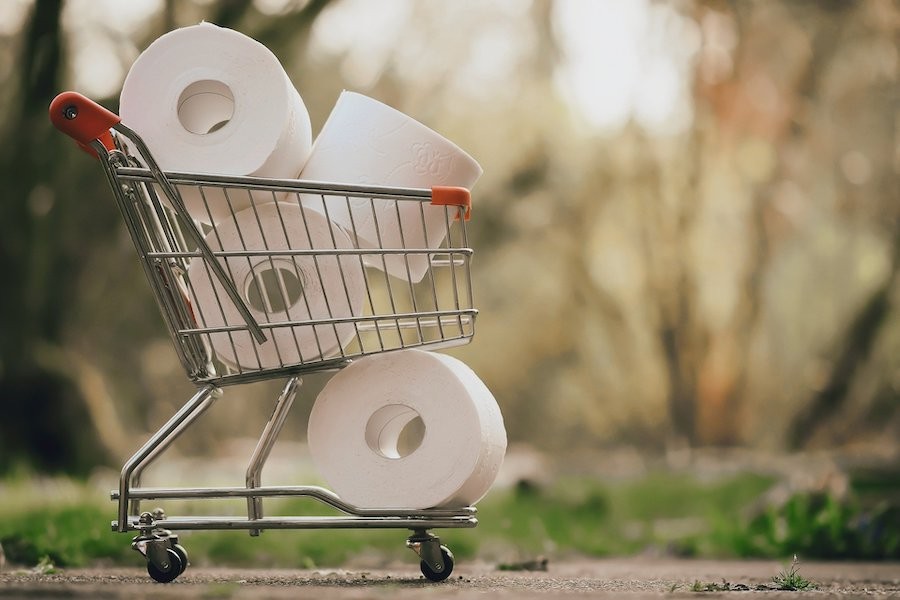 We need toilet paper. None of the stores have any. When you find some, you hoard it. Looks like I’m going to run out of it soon. On my last three orders, the stores I use didn’t have any.

A major grocery chain in Texas is offering free deliveries to the elderly during the pandemic. Seniors only have to pay a $10 tip to the driver. Except a charity is covering the tip, so it’s actually a totally free delivery for us. But, since my email is entered wrong in their system, I have to order by phone instead of online.

I tell the volunteer order-taker, “I know they probably won’t have it but put down toilet paper. Any size—any kind is fine.”

“Toilet paper is hard right now.” She stretches out some of her vowels with the soft back of the mouth sounds of a Texas drawl. “Did ya hear what happened to that eighteen-wheeler on its way to Houston?”

“No, I don’t watch the news much right now.”

“A diesel truck hauling toilet paper to Houston caught fire on the highway.” Her voice lifted in excitement. “All the toilet paper went up in flames.”

“My god, you can’t make stuff like that up.” And. Another thing missing on my bingo card. My mind spun with dizziness as I was hit by shock, amusement, and horror all at the same time. What if the toilet paper meant for the store near me was on that truck?

About four hours later, my groceries arrive. A warm swirling feeling rises in my chest. Sitting among all the plastic bags is a big package of twelve double-size rolls of toilet paper. I gasp and squeal like a kid finding a bike under the tree on Christmas day. I guess a truck that didn’t burn up reached the store. And just in time… I was down to my last roll.

On April 1, 2020, a big-rig truck carrying toilet paper crashed and caught on fire in Dallas County. Thousands of rolls of toilet paper burned up. This is true. It was not an April Fools prank, though that is the day it happened. On April 1, 2020, there were 1,021 deaths in the US from Coronavirus, just on this day.

I CAUSED THE TEXAS FREEZE

I hear knocking and open my door to see Raggedy Ann or should I say Raggedy Kathy, my neighbor.

Her hands are on her hips. “The apartment on the first floor that is directly underneath yours is leaking through the ceiling.”

“That’s terrible.” What else am I supposed to say? And the first floor is not directly beneath the third. The second floor is in between first and third. Two-year-old kids can count to three after all. Everyone can, except my neighbor, Kathy, apparently. “The pipes probably broke due to the freeze. Did they call maintenance?”

Her face looks wider and shorter, with jaw jutting, nostrils flaring, eyes squinting, and brows pulled together. “You need to stop whatever you’re doing,” she says in a rumbling bulldozer tone. “You flooded his apartment. Stop it.”

I’m speechless as my ears catch up with my brain. I swallow hard and open my mouth. “That’s impossible. The pipes are frozen. No one in the building has water. The toilets aren’t flushing --”

Her bulldozer voice runs over my words, interrupting my attempt to talk sense to a crazy person. “No one’s toilet is, Cor-neil-yuk.”

“Right. So, there is no way I could flood anyone’s apartment now. There is no running water to leak anywhere. And even if his leak was caused by the apartment above his, it would be the one on the second floor, not the third. It’s one, two, three.”

"But I’m on the third floor. You said directly beneath me.”

“Yes, that’s right. This apartment is directly above his.”

“Listen, he needs to call maintenance. I don’t know much about repair stuff, but the handyman might have to go to his apartment and open up the area of the ceiling that’s under the pipes beneath the second-floor apartment and fix it. I’m sure the whole thing is unknown to the resident who really is directly above him. As far as my apartment, there is no mildew or any signs of a leak in my apartment at all. I don’t have anything to do with his pipes bursting. I didn’t cause the snow and the ice. I certainly cannot be blamed for bursting pipes.”

“Stop me from doing what?”

She throws her arms into the air. “From flooding his apartment.”

“I’m alone, no way to get out, fire alarms are going off in all the apartments and the hallway and I smell a burning smell. And you come to threaten me and make up a vicious lie about me.”

“The alarms stopped. And the smell was burning wood which is why the alarms went off. Because I know.”

“Then go find out who is burning wood in their apartment because no one here has a fireplace. And go to the second floor and see if that lady caused the flooding. After all, it’s impossible for me to have done it. And leave me alone.” I slam the door, leaving her in the hallway.

Kathy is one of those founding residents. This is the only apartment complex I know of that has such a thing. They moved in when the complex was under construction, and they seem to think they are owners. But they are not, there’re residents like me and everyone else here. They don’t follow apartment rules, like wearing masks, and they make their own rules.

Also, needless to say, neither Kathy’s harassment are the Texas Freeze were on my 2021 Bingo card.

From February 14 to February 20, in 2021, Texas was hit with a major power crisis resulting from three severe winter storms. More than 4.5 million homes and businesses were left without power. Some for several days. At least 210 people were killed directly or indirectly. Some estimates of connected deaths are as high as 702. Regarding Covid-19, on February 16, it was reported that The Texas Freeze halted Texas’ urgent and critical Covid-19 vaccination efforts—delaying the delivery of hundreds of thousands of doses that were scheduled to arrive and preventing about 1 million injections by hundreds of providers that week. 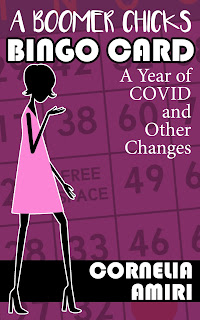