What Do Druids Have To Do With A Modern Medical Discovery 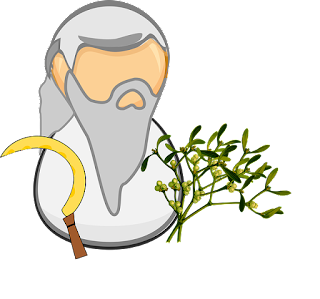 Druids were the Celtic professionals of their day—the doctors, lawyers, teachers, historians, astrologers, counselors, philosophers, religious leaders, prophets, political consultants, and more. It typically took 20 years to become a druid—longer than it takes to get a PHD nowadays. But they didn’t learn from books, no, they had to memorize and mentally retain every bit of the vast knowledge they had.

Around 1500 years ago or more, in Ulster, in what is now the city of Fermanagh, in the Boho Highlands, Druids served their Celtic community by healing the sick. One of the medicines they used there was dirt. They believed that particular soil had healing properties. For many centuries, long after the Druids were gone, people in that area used the dirt as a folk remedy for a variety of ailments from toothaches to throat infections.    Not only are the Boho Highlands a curious spot due to the local tradition of healing soil but also because of its geological diversity from limestone karst to acidic bogs. So, recently Dr. Gerry Quinn of Swansea University together with a team of colleagues from Wales, Brazil, Iraq and Northern Ireland analyzed the soil. The results were amazing, they discovered a previously unknown strain of bacteria that impeded the growth of four of the top six drug-resistant superbugs, including MRSA which causes several infections that are extremely difficult to treat. This new bacterium could be a part of vigorous, broad-spectrum treatments. How it's fighting these drug-resistant pathogens is not precisely evident or what effect this bacterium would have on humans, but research is ongoing.

You know, I’ve been telling people for years that those Druids knew what they were doing. Most of my books have Druids in them. If you like realistic and historically accurate books I recommend.