Book Reviews: Elegant Charm in the style of Downton Abbey 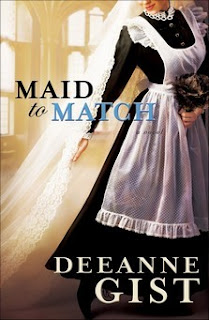 This is a charming and heart felt historical/inspirational/romance set in 19th century America. The heroine is a lady's maid in a grand manor. Loved it. It's darling. 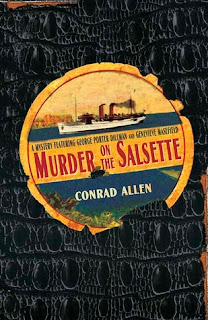 This is the second book I've read in the series. I do plan to read all of them. This series is so charming and this book is a true delight. It's 1909 and the husband and wife ship detectives, George Dillman and Genevieve Masefield are traveling on the luxury passenger ship, the Salsette, from India to England. Along with interesting passengers and the delights of first class dining and bridge playing are thefts and a murder to solve 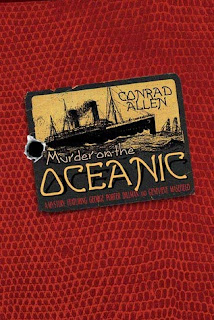 It's 1910 and ship detectives, George Porter Dillman and Genevieve Masefield solve thefts and a murder on board the luxury passenger ship, the Oceanic, as it sails from England's Port of Southampton to New York, with a stop first at Cherbourg, in France. J. P. Morgan boards the ship there and apparently along with him a murder, who later kills Mr. Morgan's security man.

As always interesting passengers and a glimpse of life in first class on a lush passenger ship of days gone by.

I love this series. 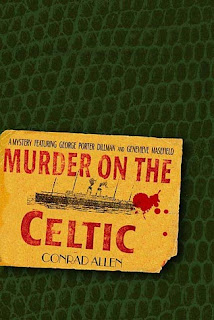 This is a charming mystery giving the reader a glimpse of life in the early 1900's on the first class deck of a luxury passenger liner traveling from America to England. The detectives that work for the cruise line are an unusual husband and wife team, George Porter Dillman and Genevieve Massfield. She’s English, he’s American, and they keep their marriage a secret for as two singles they can separate and investigate and gather information better.

In this particular book, two passengers have bet on which one of them can win Genevieve Massfield’s affections first, thinking she’s single. Toward the end of the book she’s able to announce to them both, with her husband present, that’s she’s a ship detective and that she’s married to the other ship detective. That was a great scene. And giving it away is not a spoiler so don’t worry about that. That information will not spoil the plot for anyone at all. I had no idea who the murderer, and in this case also the thief, was and I don’t think most readers will be able to guess either. There is also a medium aboard ship and a séance scene. I loved that.

There is an entire series featuring this married couple, George Porter Dillman and Genevieve Massfield and I'd like to read the rest of the series as well. I enjoyed this, anyone who like Victorian or Edwardian books that take place on the wonderful passenger ships of days gone by or who like a really good cozy mystery - will love this book. I highly recommend it.