Grab a sweet iced tea or homemade lemonade and take a seat on a beach towel on the warm sand or in a rocking chair on the front porch while you enjoy these quick reads. Summer adventures are all about fun. So have a ball (a beach ball) with these four funny, fantasy romance novellas for summer: The Unicorn and the Druidess, The Lynx and the Druidess, A Fine Cauldron of Fish, and Back To the One I Love.

The Unicorn And The Druidess

The Unicorn and the Druidess 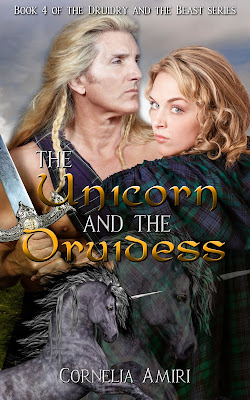 At Summer Solstice people aren’t what they seem—they could be… a unicorn …a god…or someone you fall in love with.

Druidess Maelona pursues a unicorn into the woods and returns with a runaway slave boy she takes under her wing. Before she can go back to look for the unicorn, a handsome stranger ignites a fiery attraction within her. But she can tell he's keeping something from her. She suspects that he may be a Roman spy.

God Epon’s blood burns at first sight of the gorgeous Druidess. Goaded by his desire for her he passes through the portal from the otherworld as a unicorn. Then he runs into the forest and she gives chase. There he shapeshifts into human form so he can get to know her better. Plus, to win her trust, he fights the Romans and saves her tribe. But even then, will he and Maelona be able to overcome the surmountable odds of a romance between a mortal and immortal being anything more than a summertime tryst?

The Lynx and the Druidess 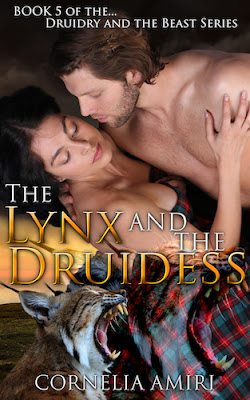 Loving a god —has its advantages

Lleu, the radiant sun god, crosses between worlds to the Silures village for the fierce and stunning druidess, Wendolyn —a woman worth battling for. He longs to celebrate Lughnasa, the festival that honors him, with her.

Wendolyn is captivated by the striking stranger the moment he wanders into her village. Furthermore, she wants him with a fervor, burning her from within. However, he’s hiding his true identity. When he vows to save her tribe from the Romans marching toward them, everyone, including her dead father in a dream, says he is a coward who has run off.

Lleu is determined to win the love of druidess Wendolyn even if it means fighting the Roman army single-handed—by shapeshifting into in his lynx body.

Will her tribe survive the Romans? And, can Wendolyn and Lleu’s relationship survive her tribe’s mistrust of him? 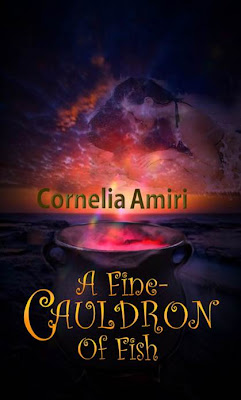 A  whimsical tale of an invisible lover, a trickster god, and the vacation of a lifetime.

This short, single-title comedy romance takes place on the island of the Celtic god Manannán mac Lir. It's full of witch and wizard type fey magic and lots of romance and laughs. 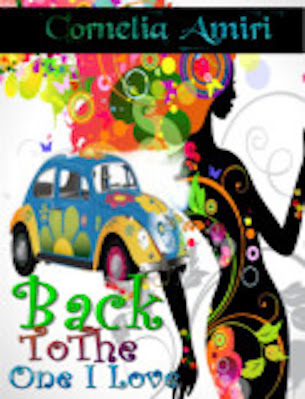 A free-spirited, baby boomer couple, Cash and Keith, find their marriage of forty-five years unraveling amid apathy, boredom, and retirement. Cash feels Keith is no longer attracted to her and he’s consumed with a couch-potato life of streaming Orville and Game of Throne episodes all day long. Trying to hang on to their marriage and rekindle the romance they lost along the way they turn to a counselor. The therapist uses an unorthodox magical method of a time-traveling Volkswagen van to cast them back into the garden…four days of Eden at Woodstock….the epic music festival… where they first fell in love.

Will the freedom of Woodstock lure Keith and Cash to push their individual boundaries and seek new lovers? Or can Déjà Vu and grooving to music….truly lead them to rediscover the peace, love, and harmony they once shared?