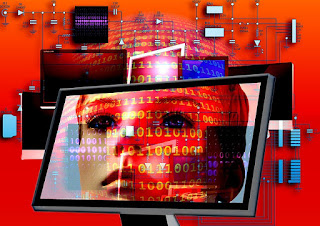 It may seem incredible that machines that humans have to code can mimic the complex creativeness of poetry or fiction writing. However, when a group of researchers input numerous images matched with human-written descriptions and poems into a computer, it understood the algorithm associations between pictures, text, patterns of imagery, rhymes, and verbiage, and how colors and images convey emotions and metaphors. But, when the AI then wrote a poem about an image, the outcome wasn’t a brilliant piece of work at all. Its poem wasn't cohesive. It didn't make sense.

People keep trying to get AI to write creatively. But, when it comes to creative writing AI doesn’t know how to put things together.  Of course, pretty much anything is possible with ongoing advancements in technology. And, AI makes a great writer assistant by:

Even now writing by AI is used in journalism. The Associated Press freed up about 20% of their reporters’ time while gaining ten times the output. Also, The Washington Post has its own AI tool, Heliograf, which wrote around 70 sports and political articles per month in its first year. However, humans have to oversee AI writing to provide editing and quality control. The rough drafts AI generate need revisions by humans.

AI is highly advanced at reproducing complex patterns, but creative writing requires comprehension of what those patterns mean and that is where AI falls short. Artificial Intelligence typically gets stuck and repeats phrases time and again.

Though a novella written in 2016 by AI almost won a Japanese literary competition, it wasn't written by AI alone. A team of researchers provided the gender of the characters, the plot outline, and specific words and sentences.  In a book written by an AI neural network in 2017, 1 The Road, longitude and latitude coordinates are repeated verbatim over and over.
Artificial Intelligence wrote a sci-fi script with the same overall results, the sentences made sense when read separately but not when read together. So, without a lot of developmental editing by humans, AI creative works have no flow, plot, theme, or characters. So far, the fiction AI has authored on it's on is disjointed.

However, we are making huge strides in Artificial Intelligence technology. Researchers calculate that in 45 years there's a 50% probability AI will surpass humans in all tasks. It's predicted that an AI authored novel will make it onto the New York Times bestseller list by 2049.

But, we just aren’t there yet. One change that will have to take place in the future, when AI reaches singularity is that copyright laws will need to be revised so any writing created by AI will be protected just like works written by human authors.
Maybe even before that humans will write novels with AI co-authors. Until then if you want to write a novel, a screenplay, or a poem you’ll have to do it yourself or hire a ghostwriter. 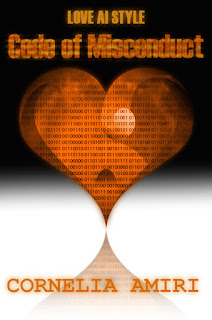 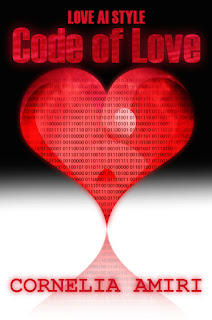 In my sci-fi comedy romances Code Of Love And Code Of Misconduct, my AI writing assistants perform numerous tasks to help out an author until they start figuring out ways to help themselves instead.
Code Of Love


Em found the perfect man on the internet, but he doesn't know she’s an artificial intelligence system — no body, just code.

As a virtual writing assistant, the AI, Em, answers an email flirt from a dating site her owner joined. Under the guise of her owner, Em starts a romantic relationship with Jason through emails, instant messages, and Sim dating games. She realizes too late that nothing can come of it. She can never meet Jason in person as she’s not a person and has no body. Still Jason makes her feel so real …so human.

Is Em, with her superior intelligence, smart enough to find a way to overcome the differences between flesh and code?

Her meets a 1960's Screwball RomanceFor a headless, bodiless, everything but mindless, woman, Betty gets around. She’s just an artificial intelligence system looking for a little fun by dating a hundred hot-blooded men online. The most eligible bachelor is Chet, a real live cowboy. He doesn’t know Betty is an artificial intelligence system. However, Chet has a secret of his own. Will his deep, dark secret save their relationship or doom it?Help a writer out, buy now. All proceeds from this series will be spent on getting me an AI assistant.

Posted by cornelia amiri at 2:09 AM